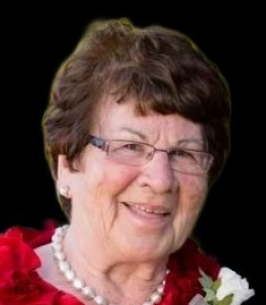 It is with deep sadness that the family of the late Florence Jones Barry of Petit Forte announces the passing of their precious, loving and gentle mother, grandmother, great-grandmother, sister, and aunt. Florence passed away at her home in Petit Forte on Friday, February 11th, 2022 at the age of 85.

The Barry Family will be accepting visitors at The Holy Rosary Roman Catholic Church in Petit Forte on Saturday, February 12th beginning at 2pm and Sunday, Feb 13th from 10am to 5pm.

Mass of Christian Burial will take place at the Holy Rosary Roman Catholic Church on Monday, February 14, 2022 at 2:00 PM.

The family would like to say a special thank you to the staff at the Burin Peninsula Health Care Center for their wonderful care given to their mother in her final days, your kindness will not be forgotten. Special thanks to her public health nurse Cheryl Fiander.

In Florence’s memory donations may be made to the Holy Rosary Church in Petit Forte or flowers gratefully accepted.