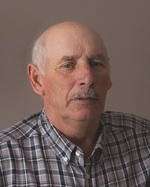 Anthony left this world in a place that he dearly loved, the woods. His love for nature was undeniable and its where he longed to be. Whether he was out there cutting wood to heat his home or just out for a ride on his ATV, it was where his heart always was and will forever be. Though Anthony was a man of few words he showed his love in many ways from making things out of wood for his grandchildren in his store or taking them for rides on his ATV. He helped family members throughout the community with various projects or with a simple phone call to see how you were doing. He showed his dedication to his family through his many years out on the draggers fishing which shaped him into the man he was...patient, kind, quiet and the hardest working man we know.

Please note that everyone entering the church must sign the contact tracing sheet, masks are required and please present your vax pass.